The airport known as Antonov Airport 2 – Hostomel (GML) was one of the primary targets of the Russian invasion that began on February 24, 2022. The Armed Forces of Ukraine fought a battle for the airport, but unfortunately almost all of the infrastructure was destroyed in the process.

On July 20, 2022, we were given the opportunity to visit the airport where the damaged aircraft, including the former world’s largest aircraft, the Antonov An-225 (UR-82060). The An-225 is without its nose section and is still standing under a heavily damaged canopy. The last flight of the An-225 was from Bilund, Denmark to Hostomel, Ukraine on 5 February 2021.

In the hangar opposite is an Antonov An-124 (UR-82009). The whole aircraft is badly damaged. There are bullet marks in the fuselage and the rear section shows signs of fire. It was not possible to see inside during the visit. There was still an An-28 (UR-NTE) in the hangar. There is also a damaged Antonov An-22 and an unspecified Boeing 737 and some other smaller aircraft at the airport.

The Antonov Airlines offices and the old hangar are also heavy damaged. There is a large amount of destroyed Russian military equipment on the site, including several tanks and armoured vehicles. Next to the airport there is also a military base or civilian accommodation which has also been almost destroyed. 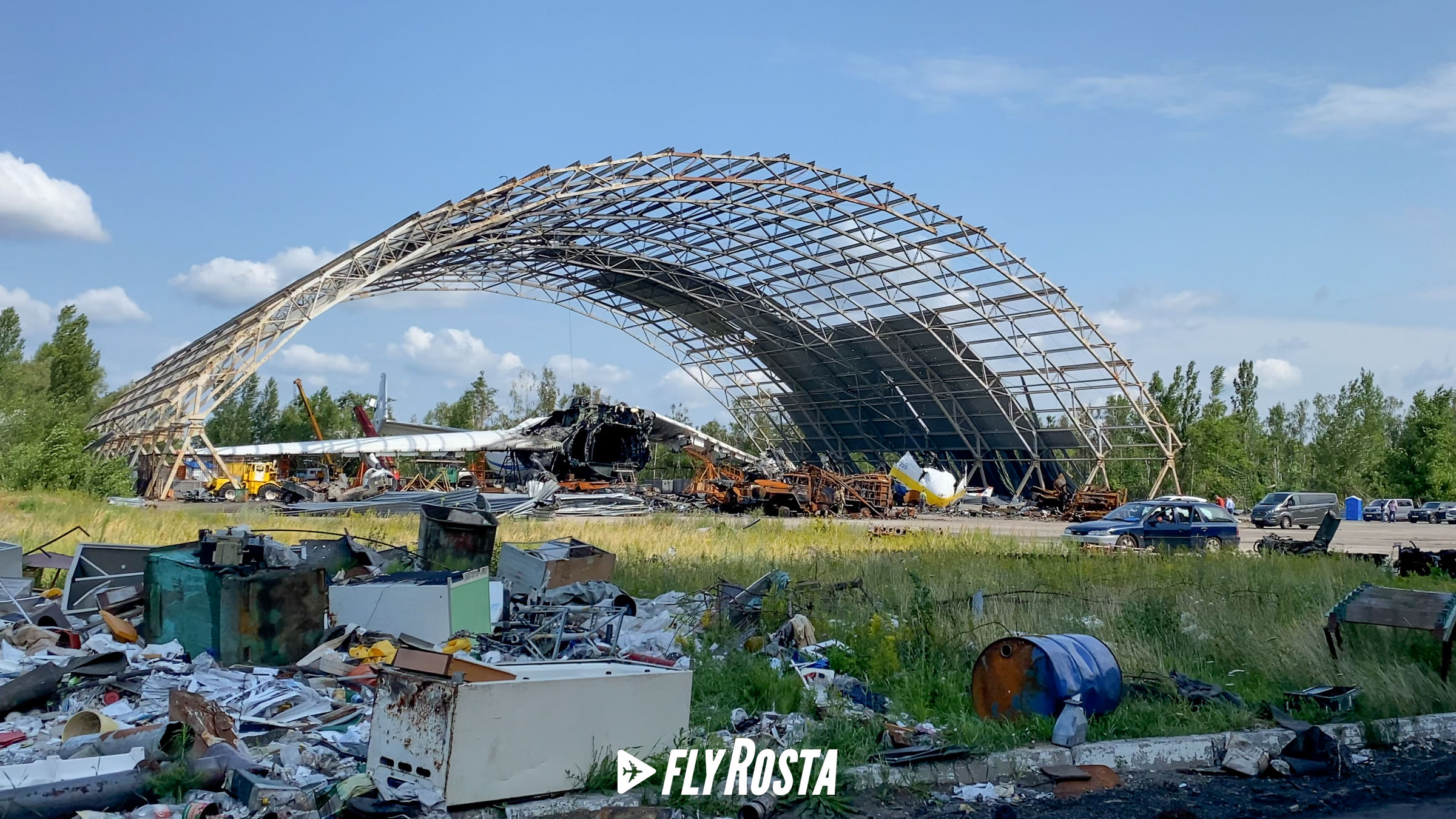 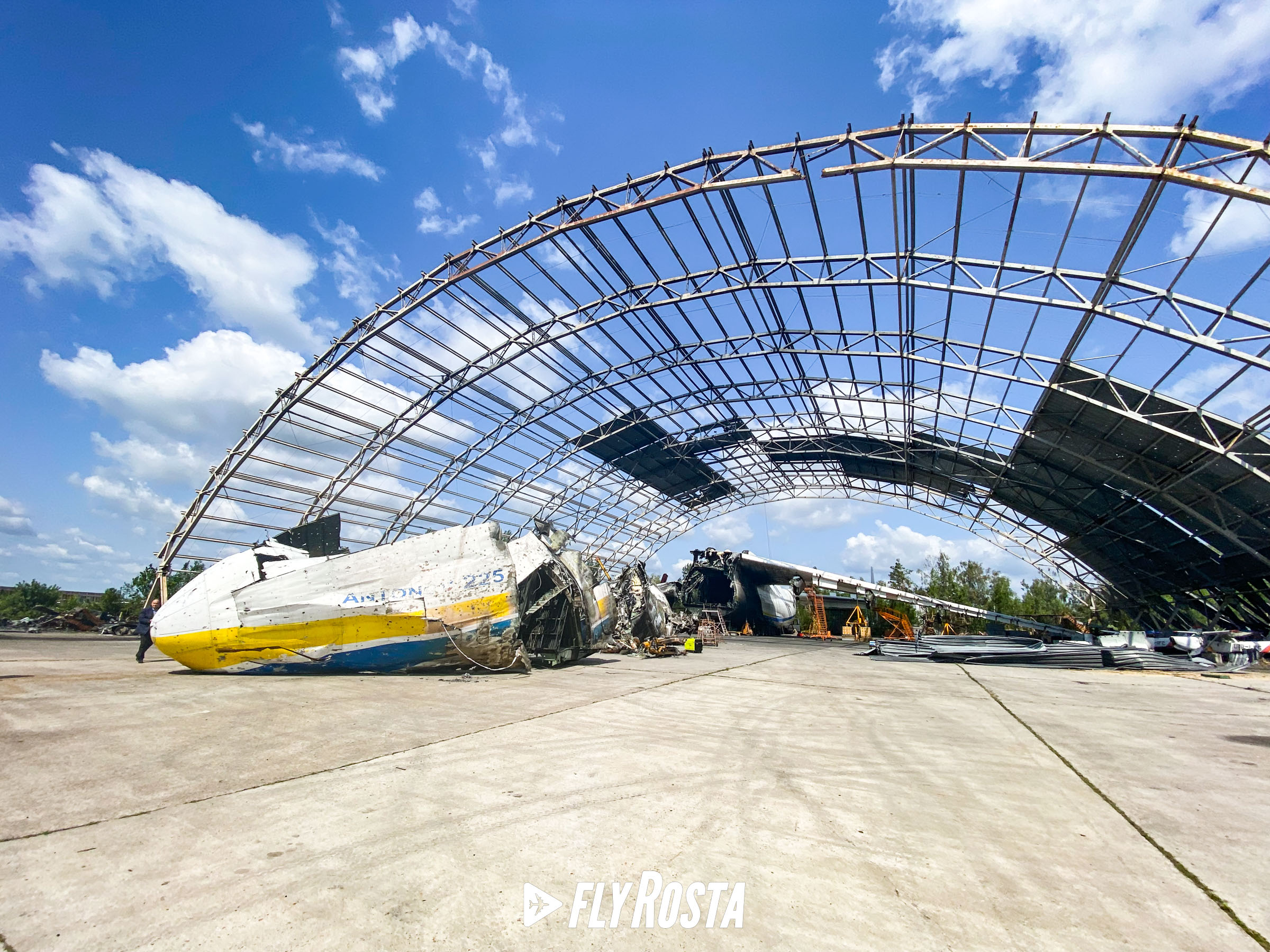 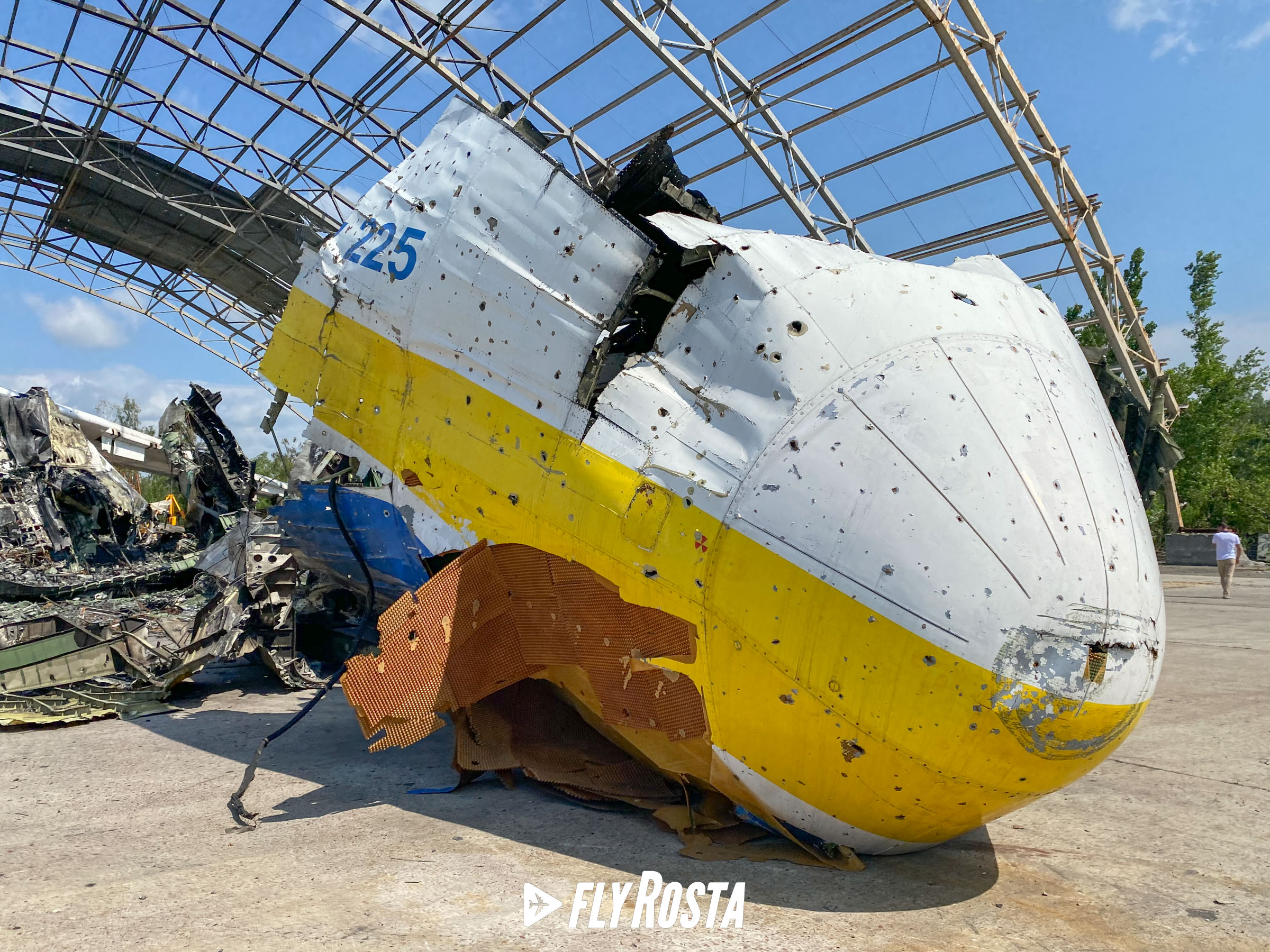 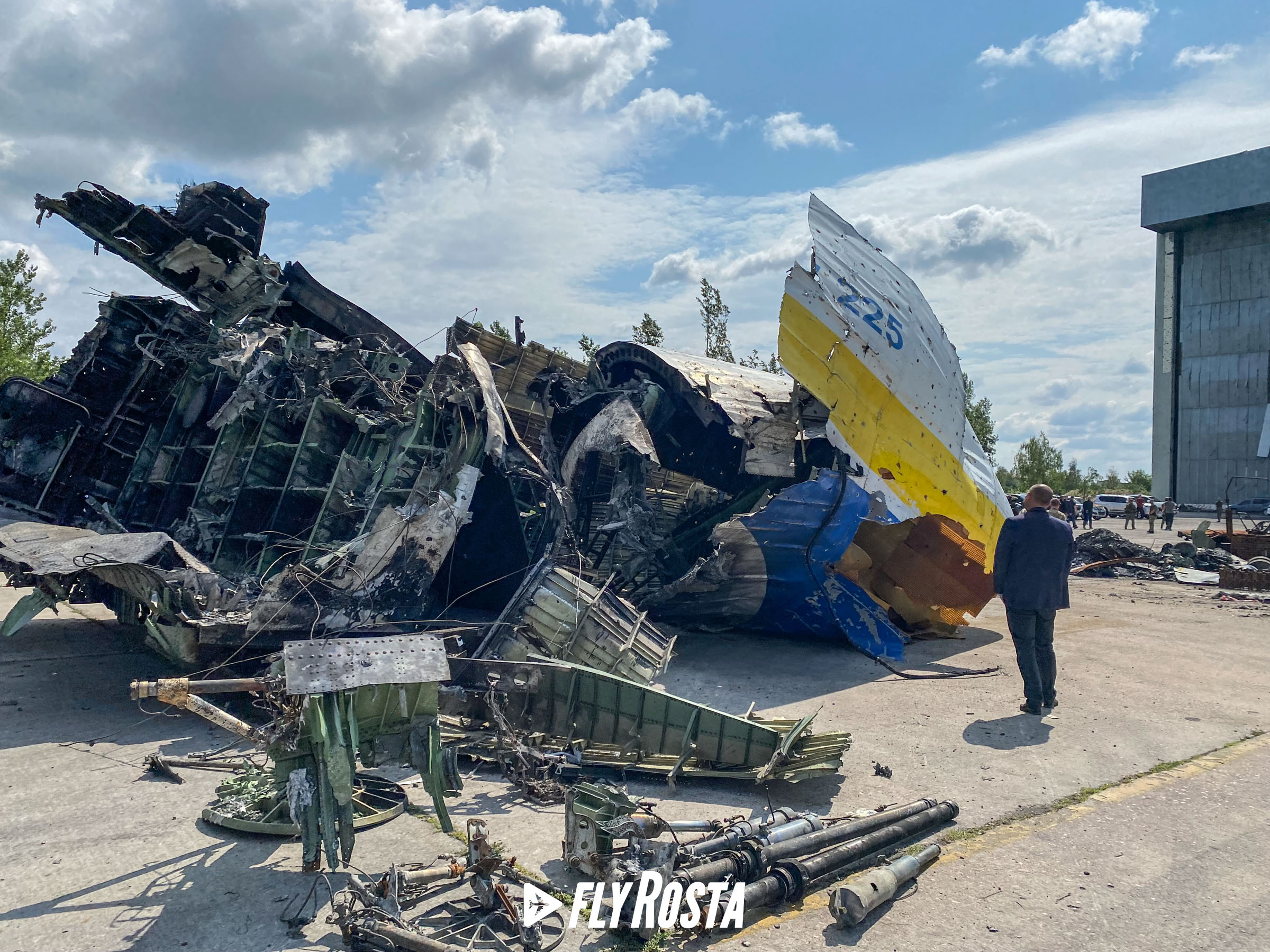 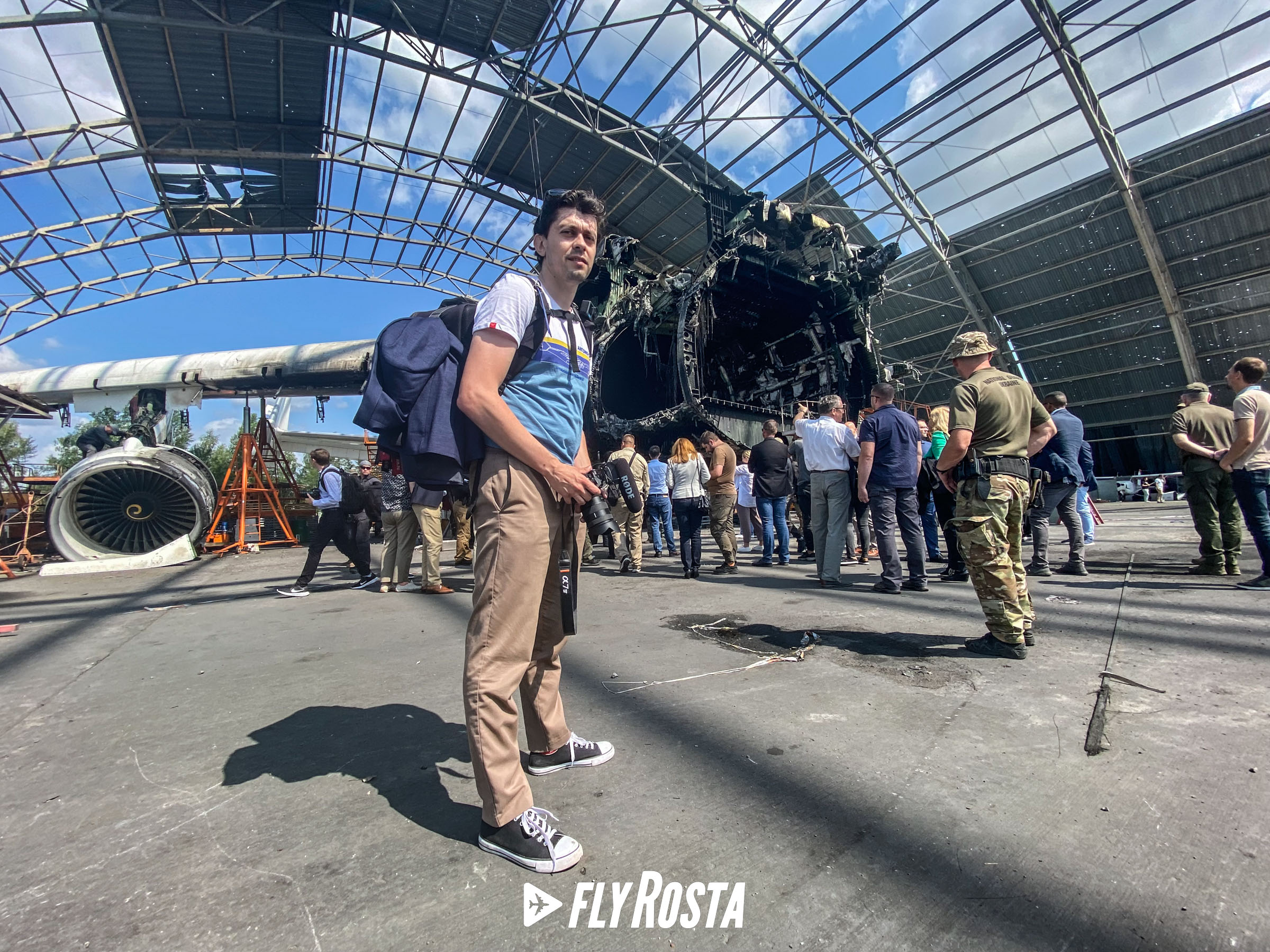 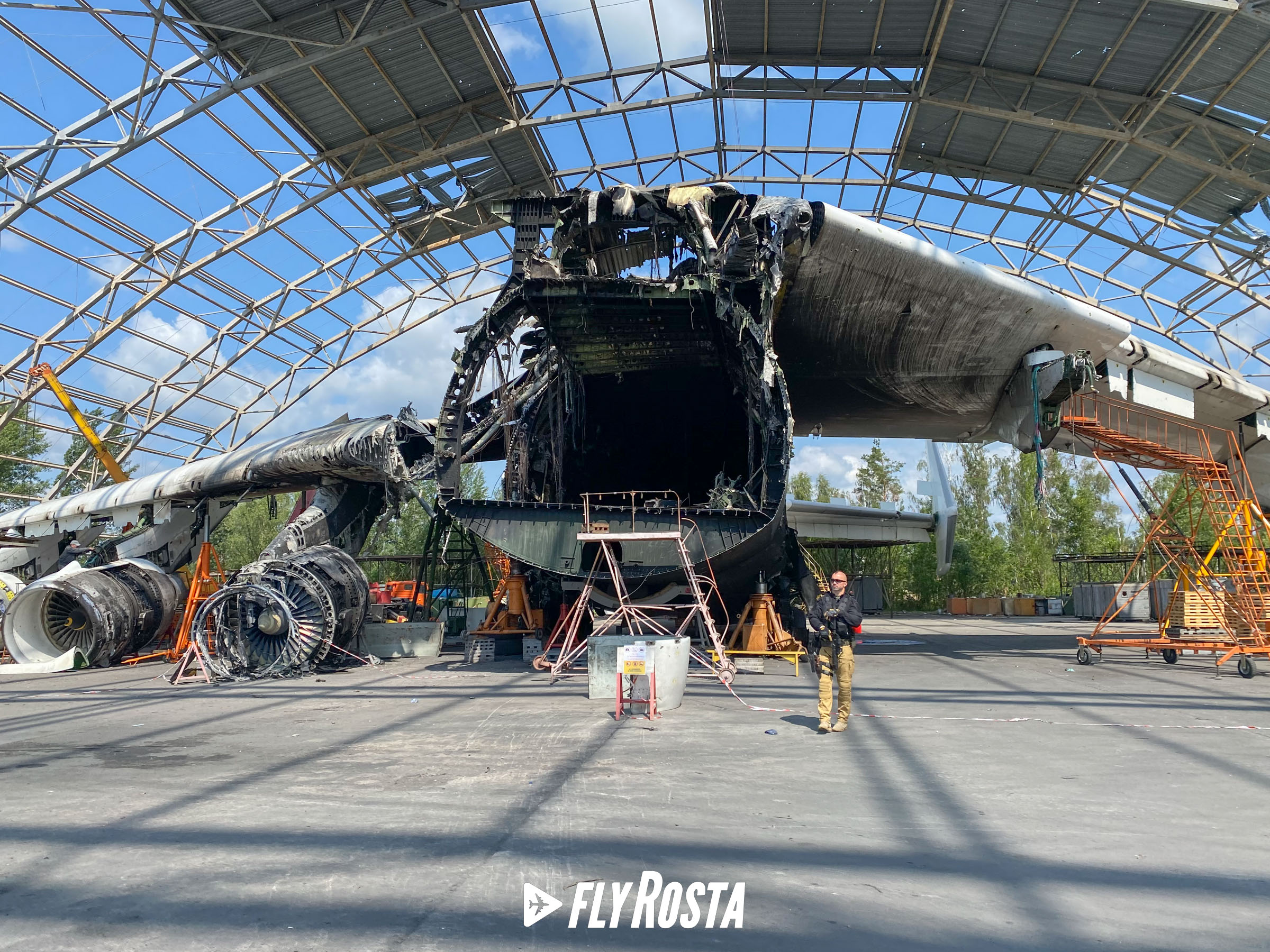 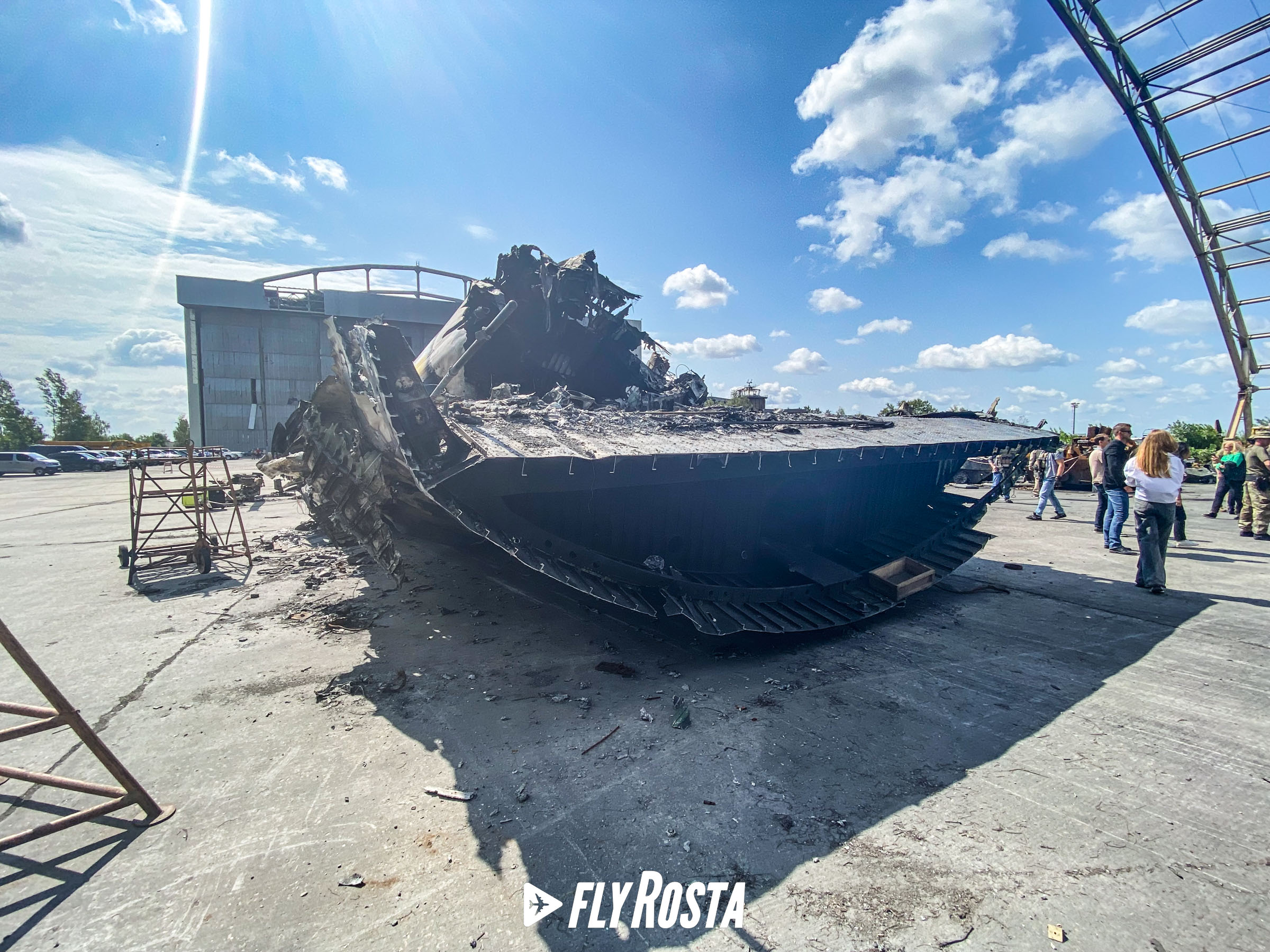 The wreckage of the front part of the An-225, in the background the main hangar 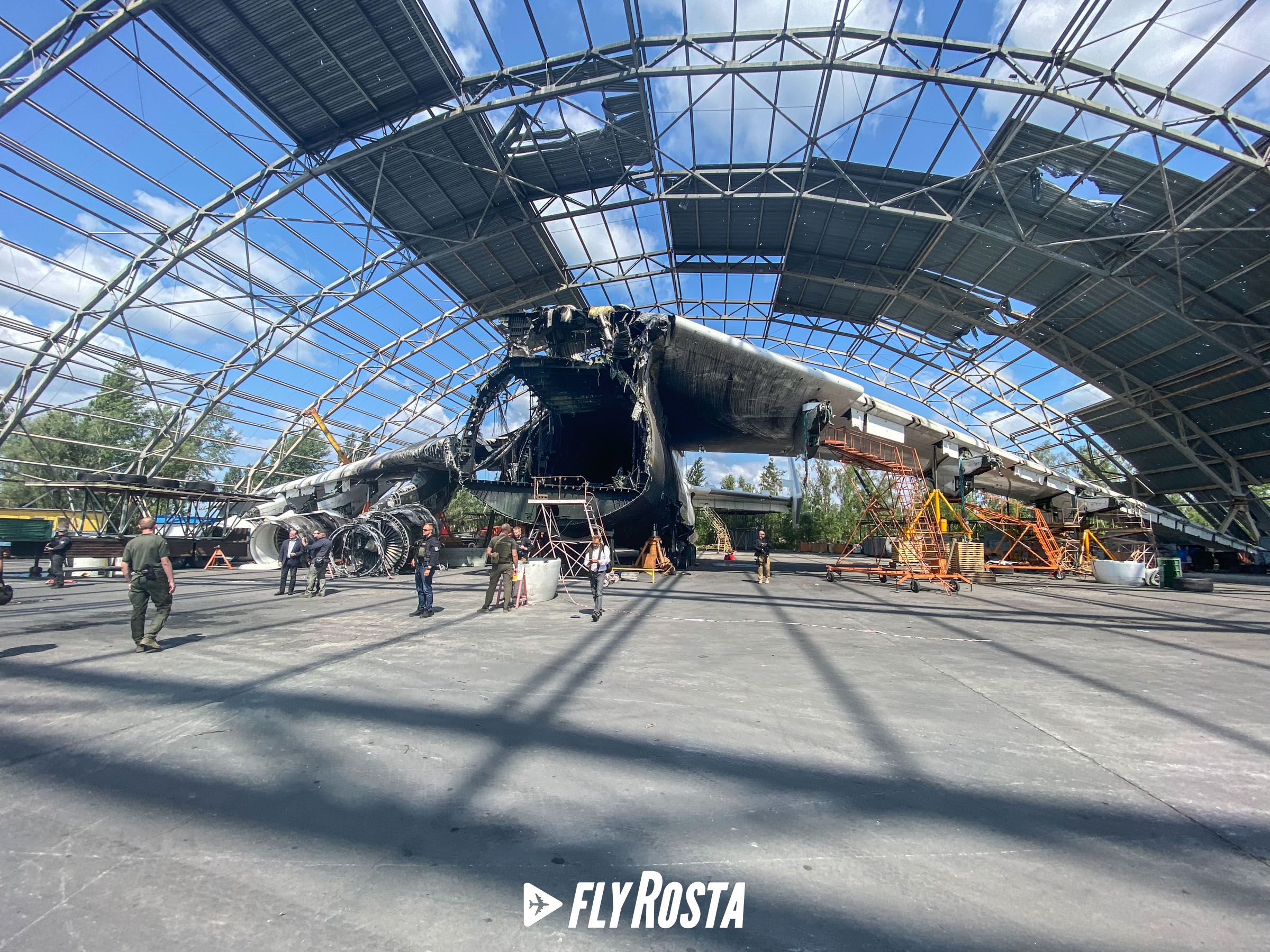 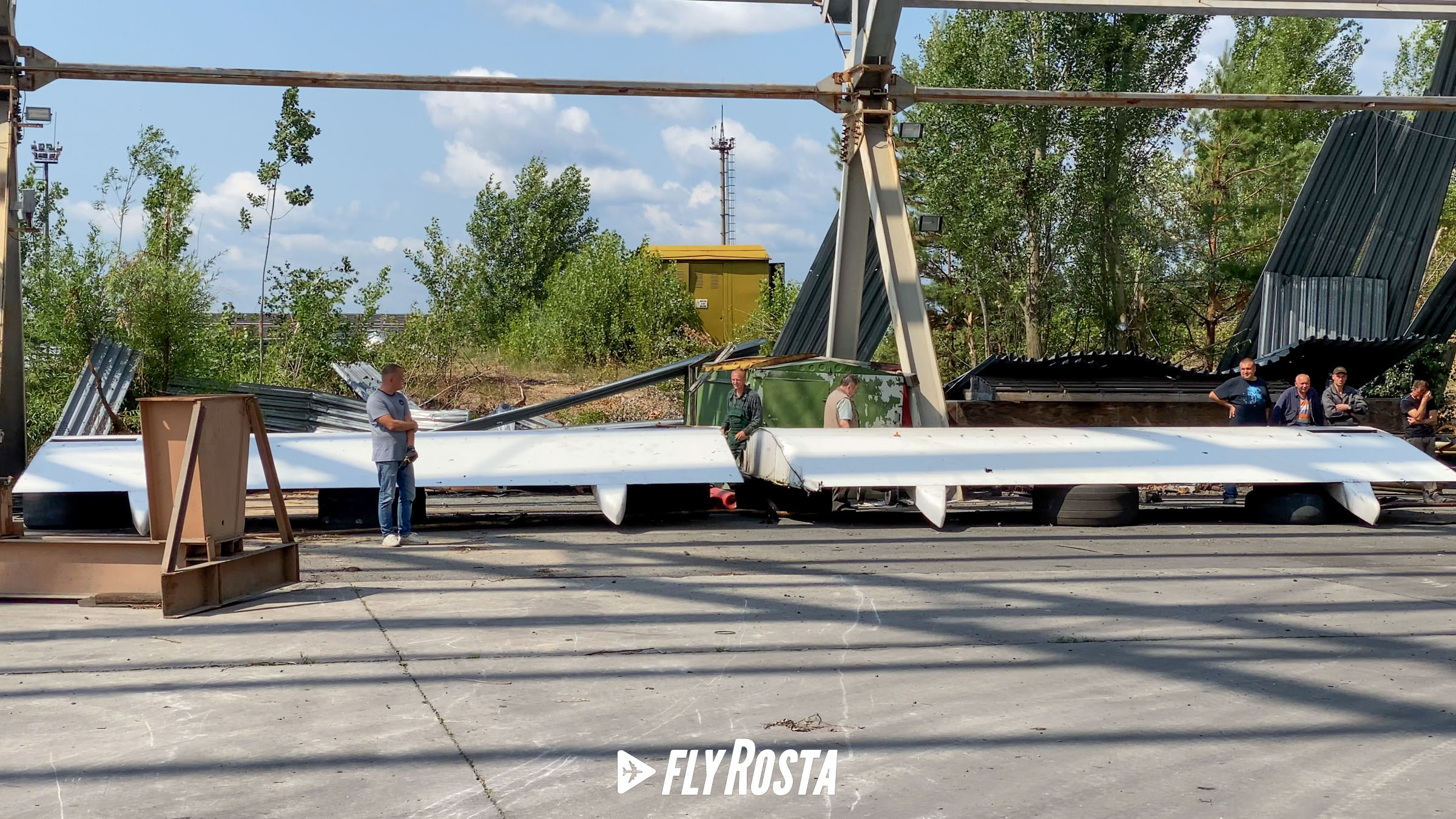 Flaps removed from the aircraft 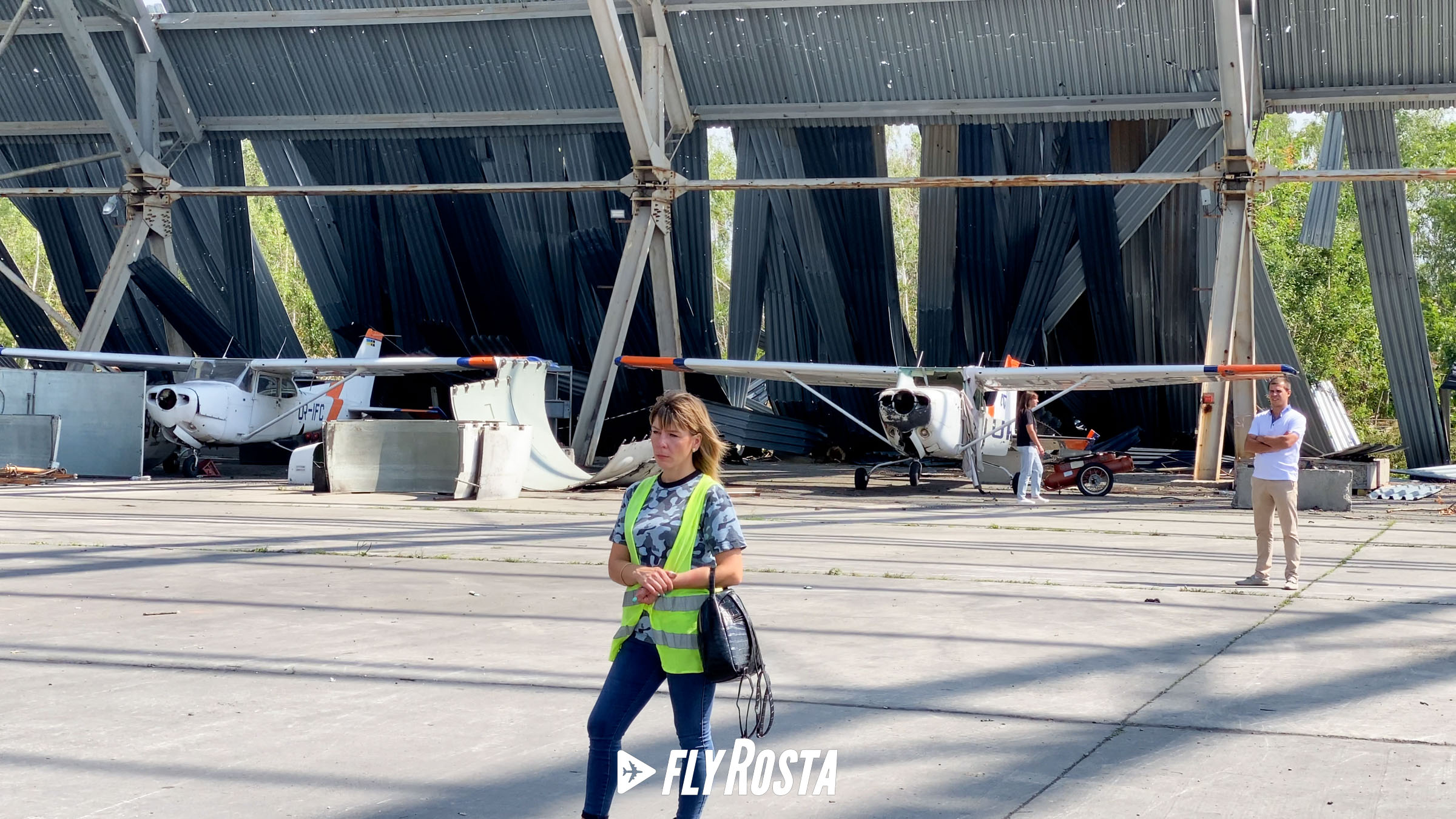 There were also several small Cessna aircraft under the roof 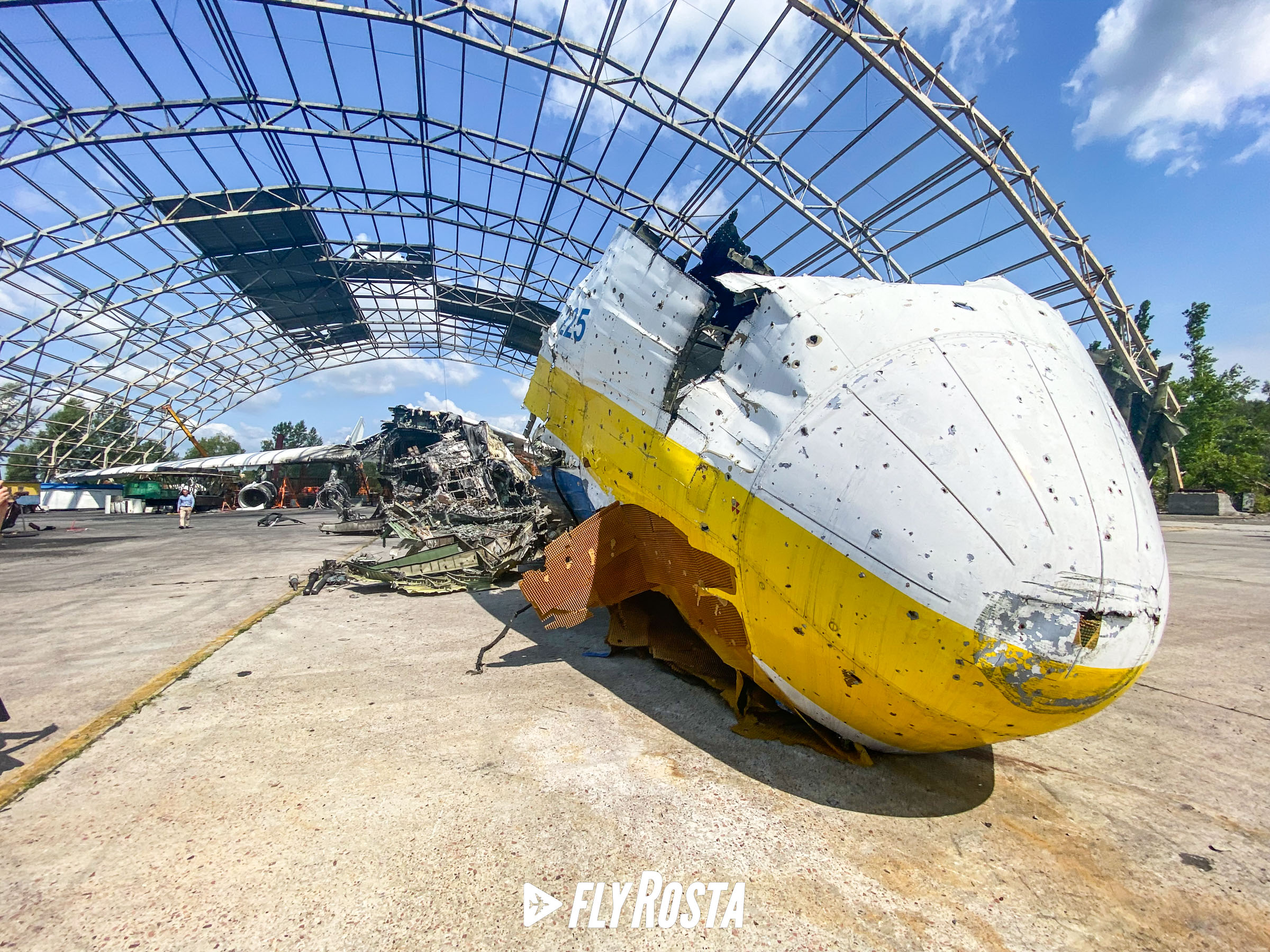 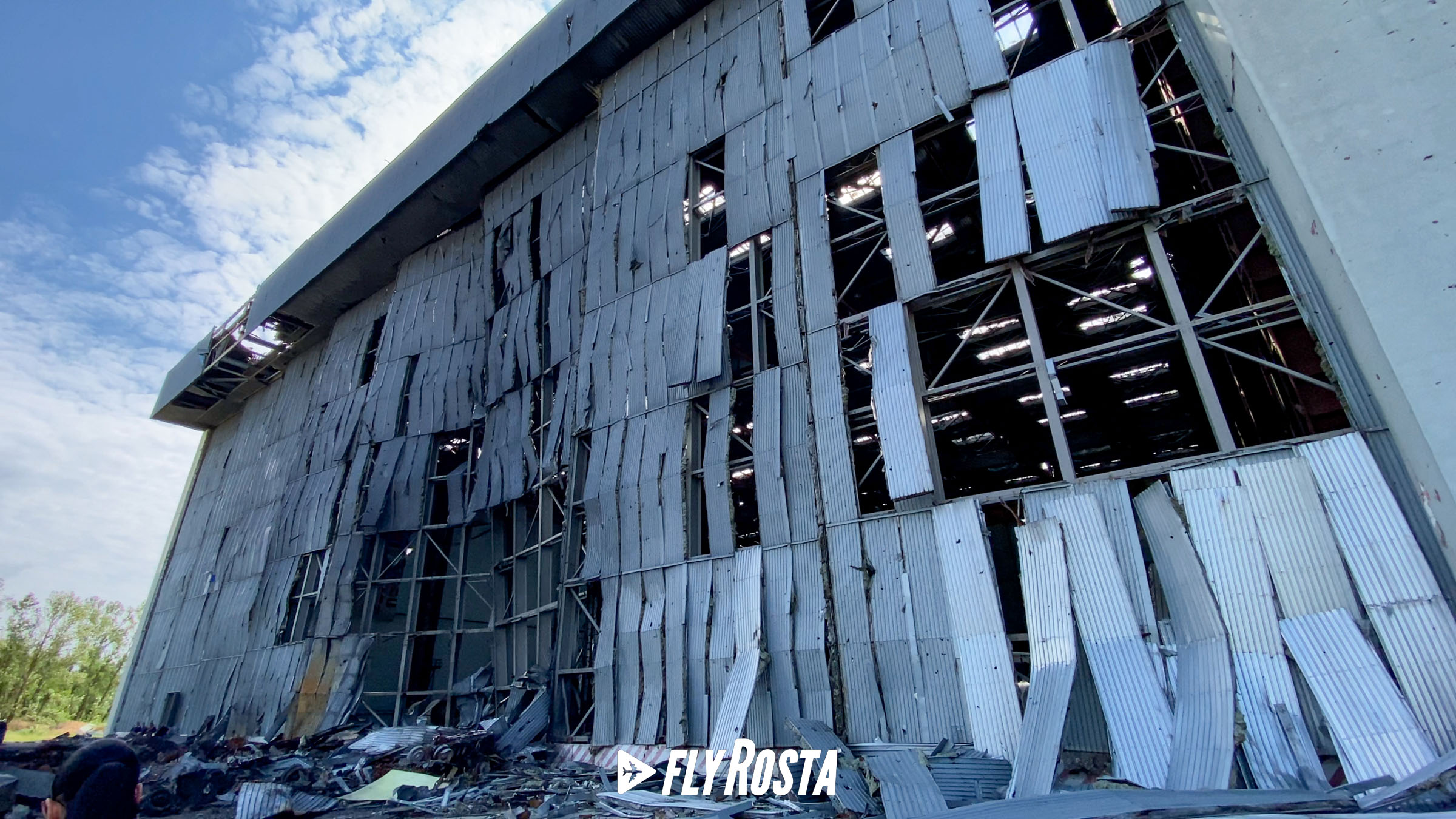 The hangar doors are badly damaged 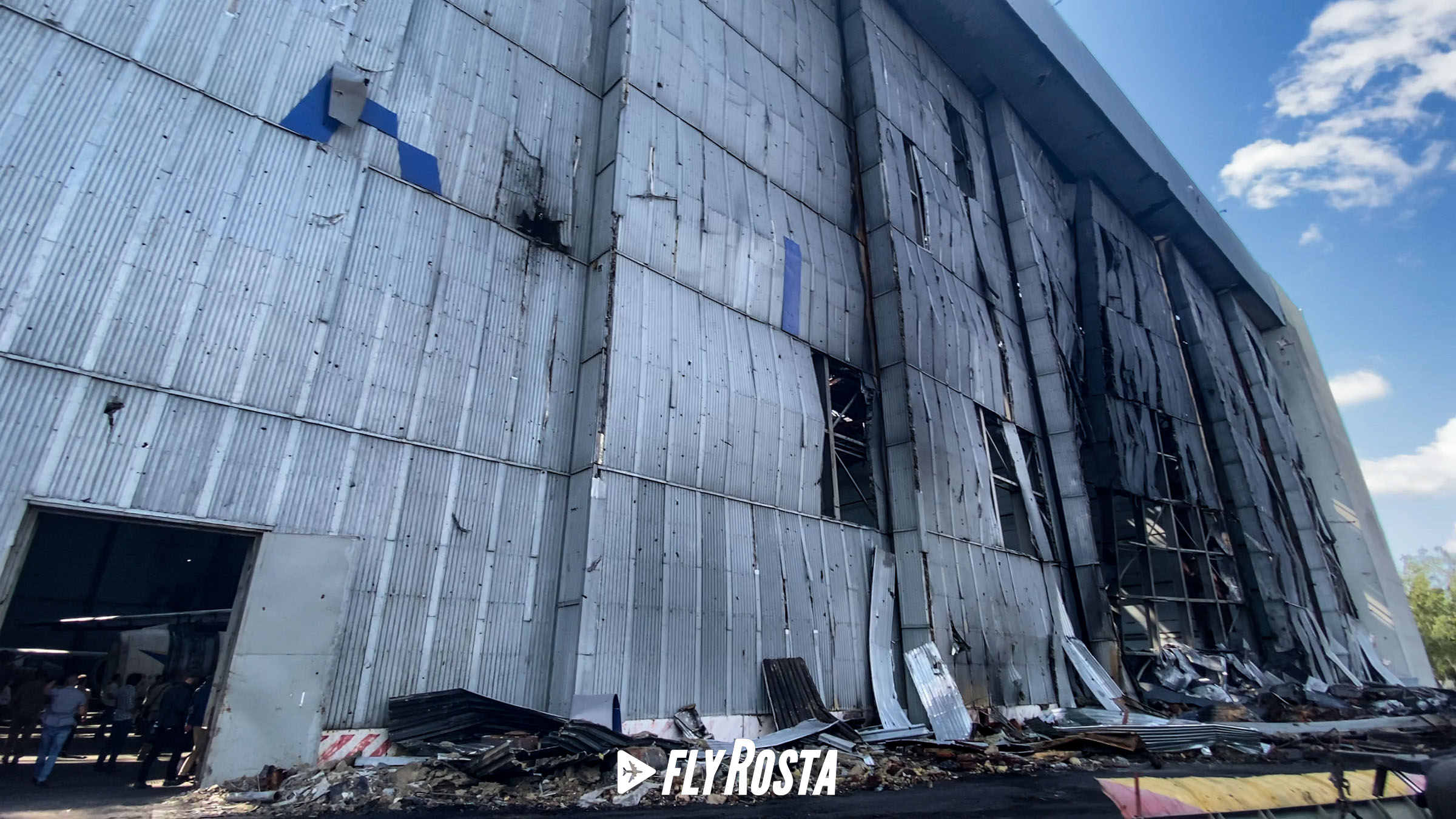 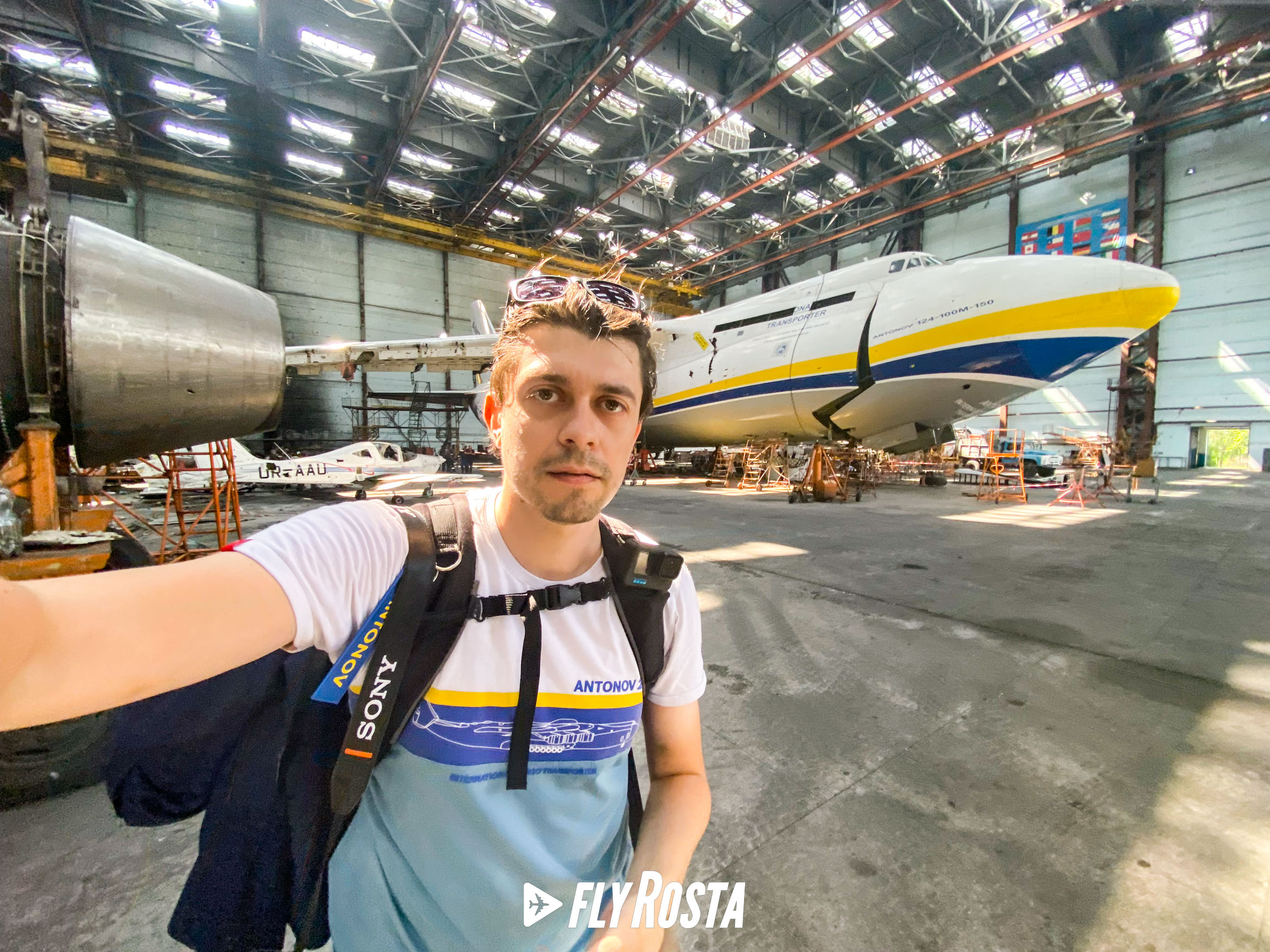 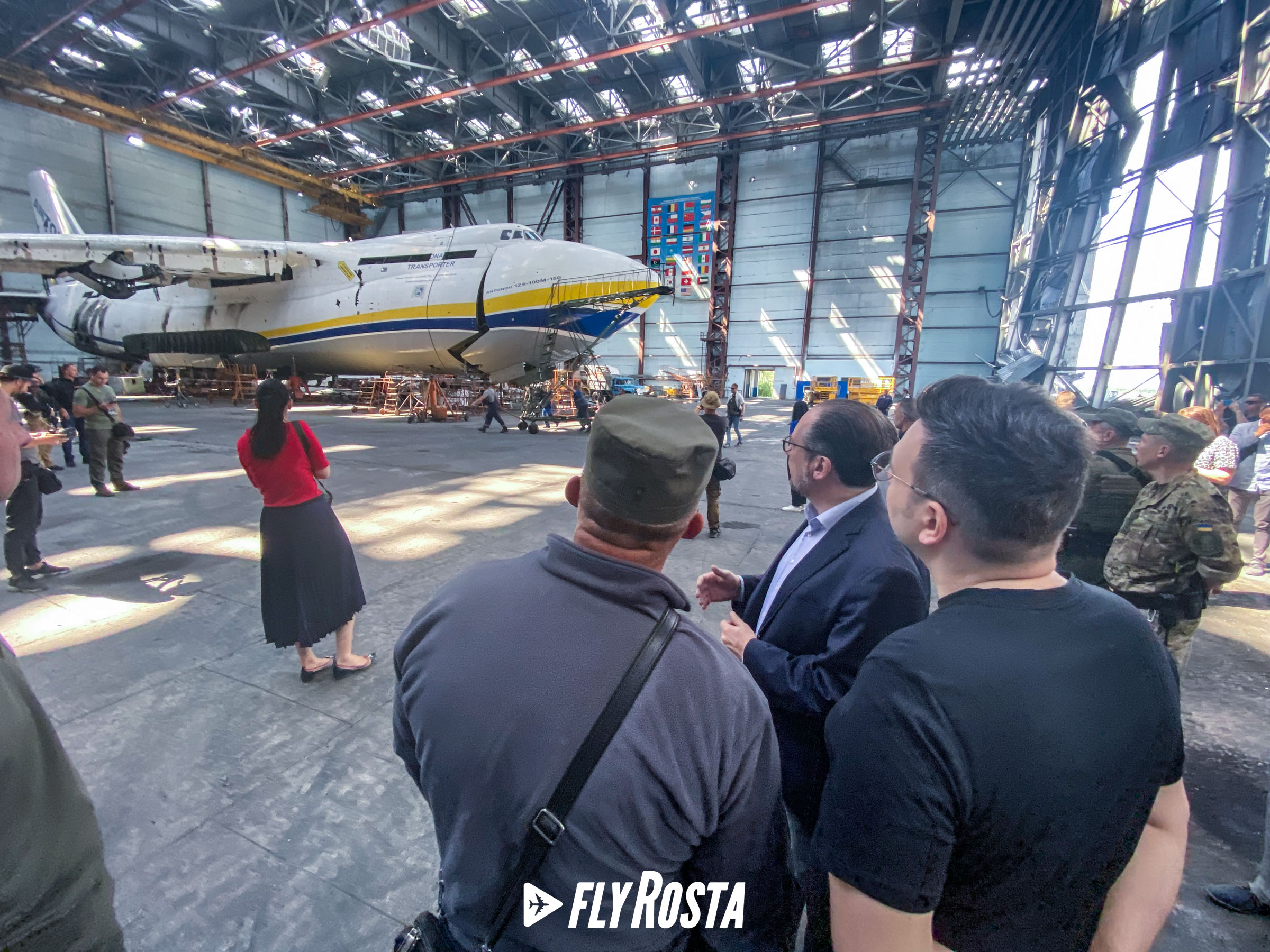 A government delegation from the Czech Republic and Austria was at the airport. 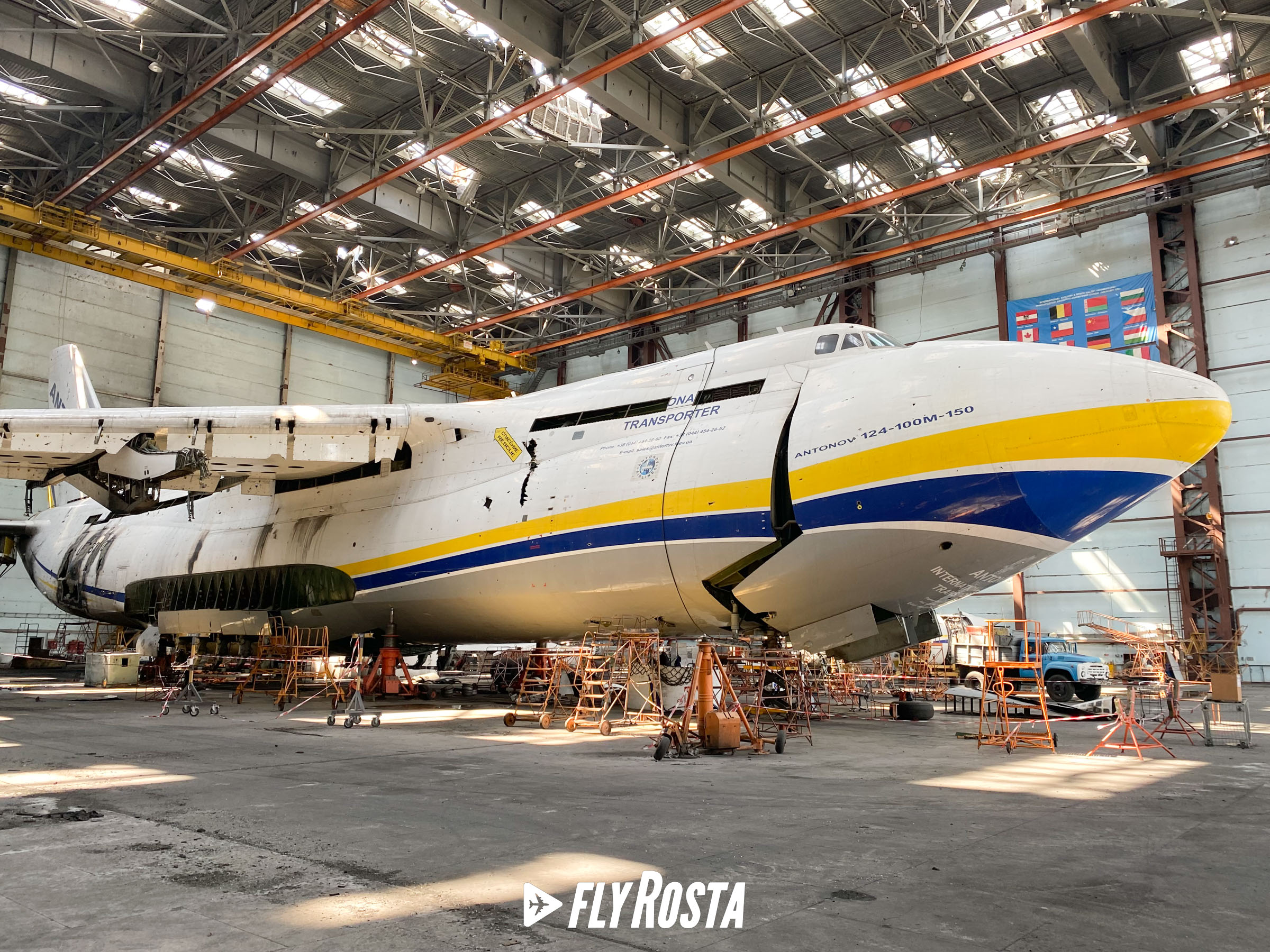 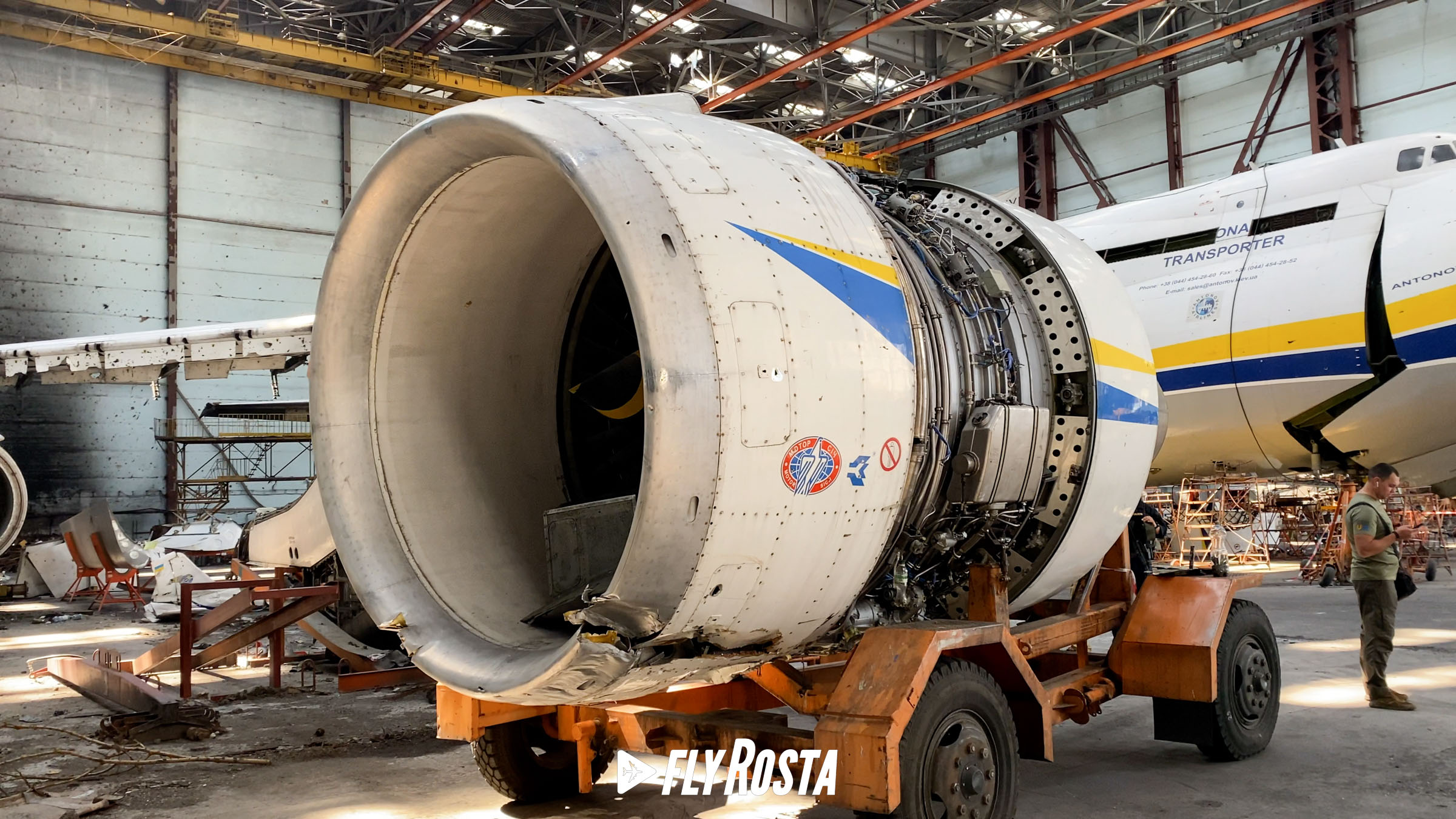 The engine that was removed from the An-225 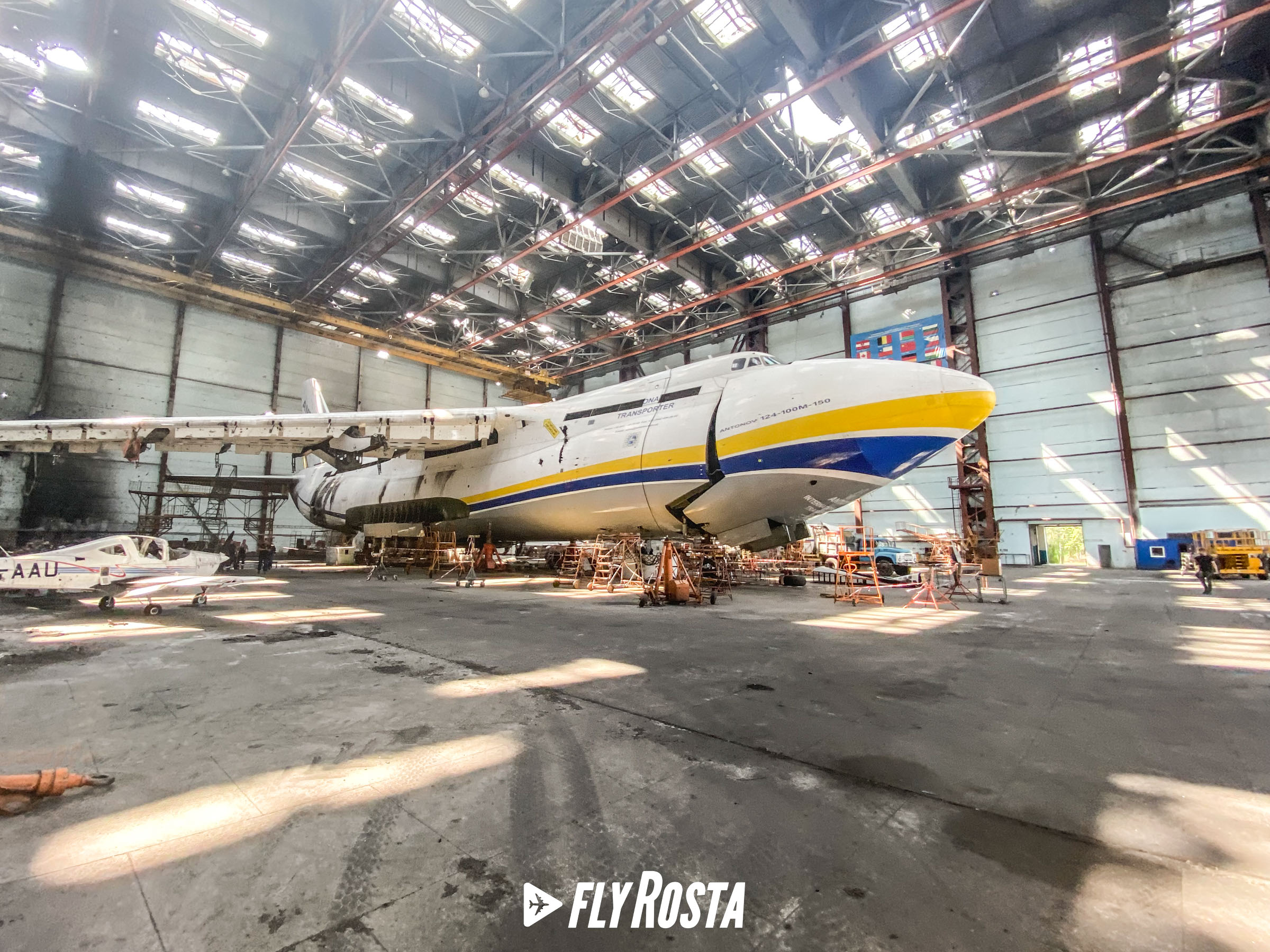 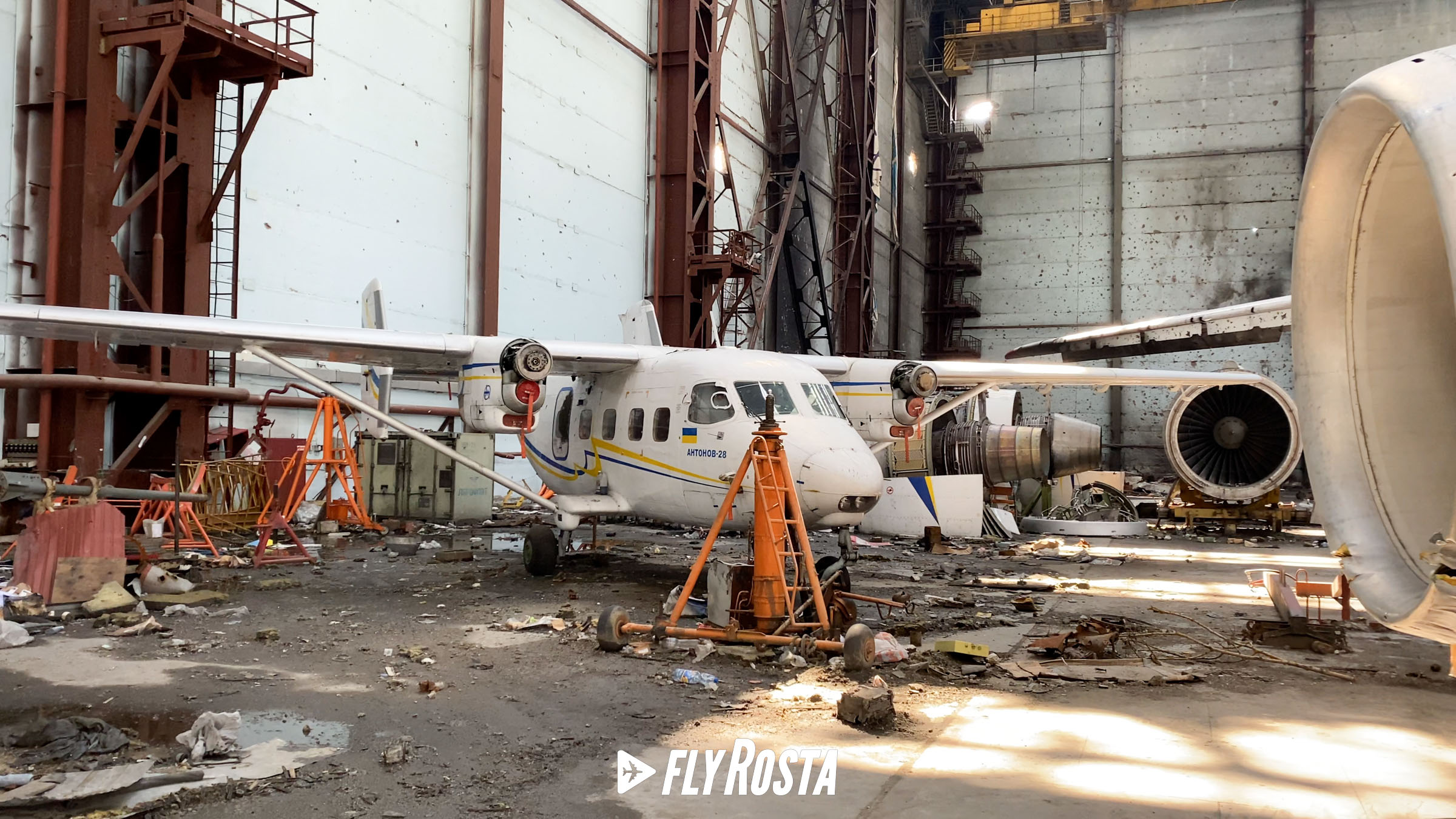 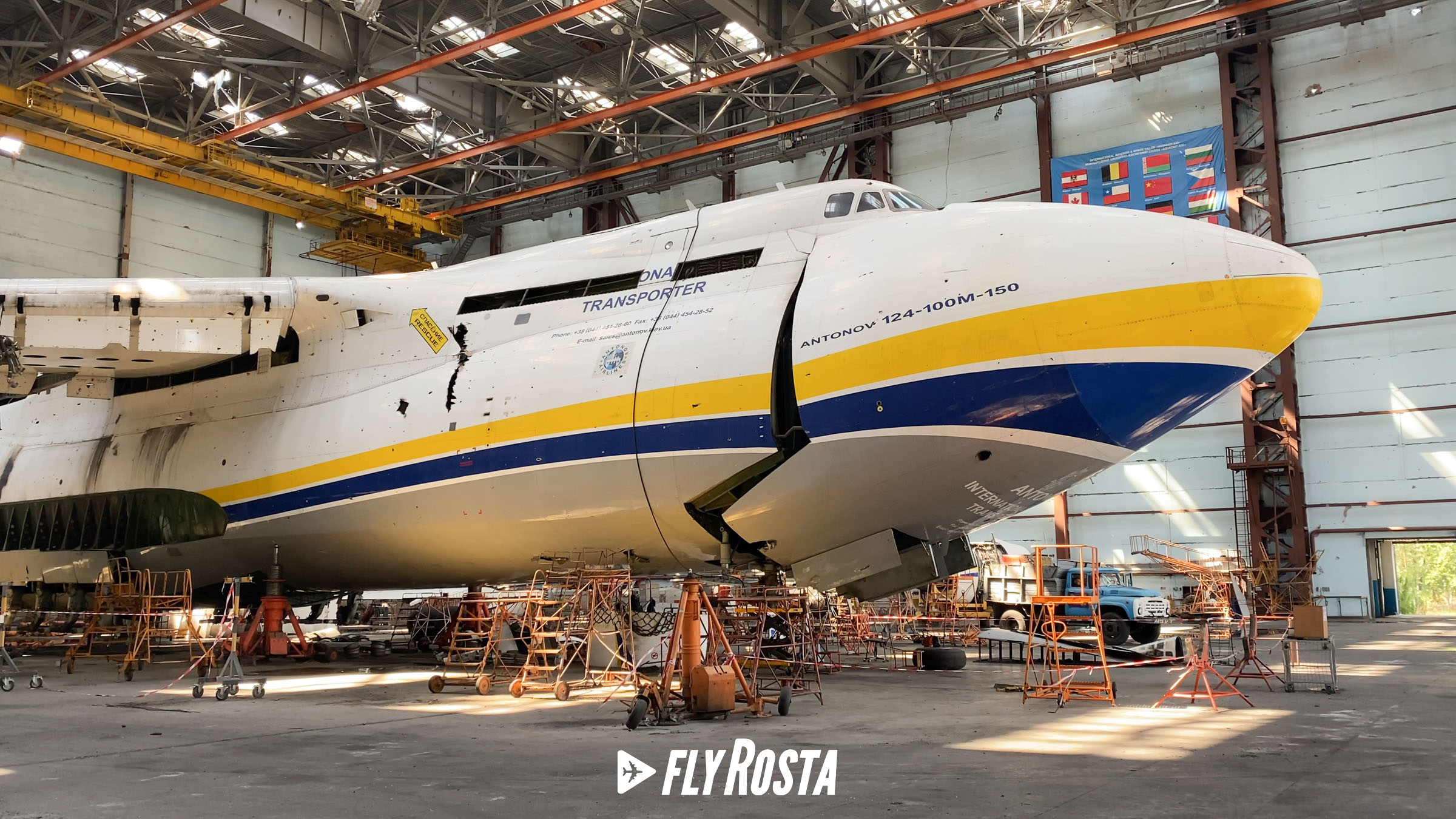 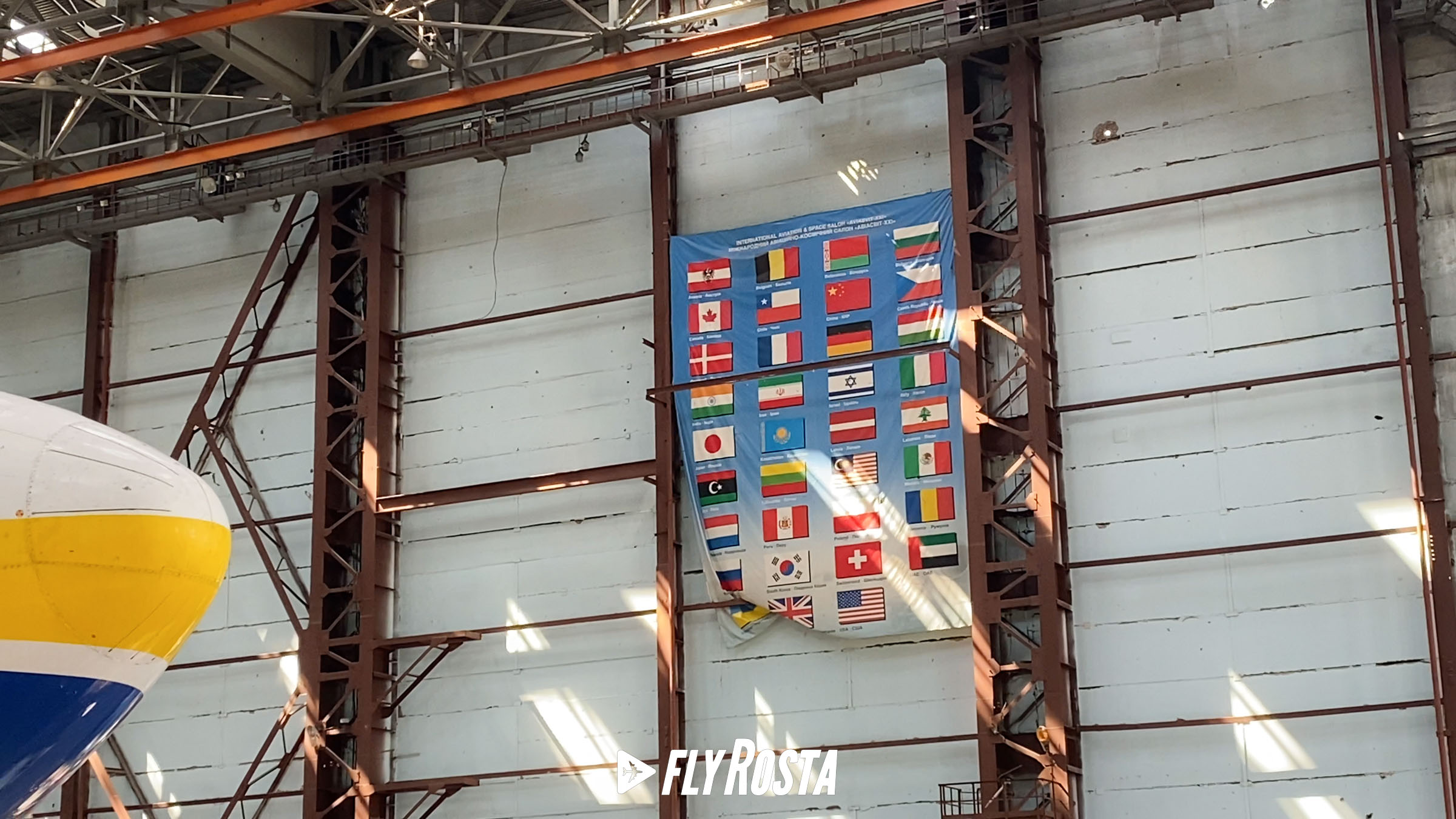 Partners Antonov. The poster also features the flags of Russia and Belarus 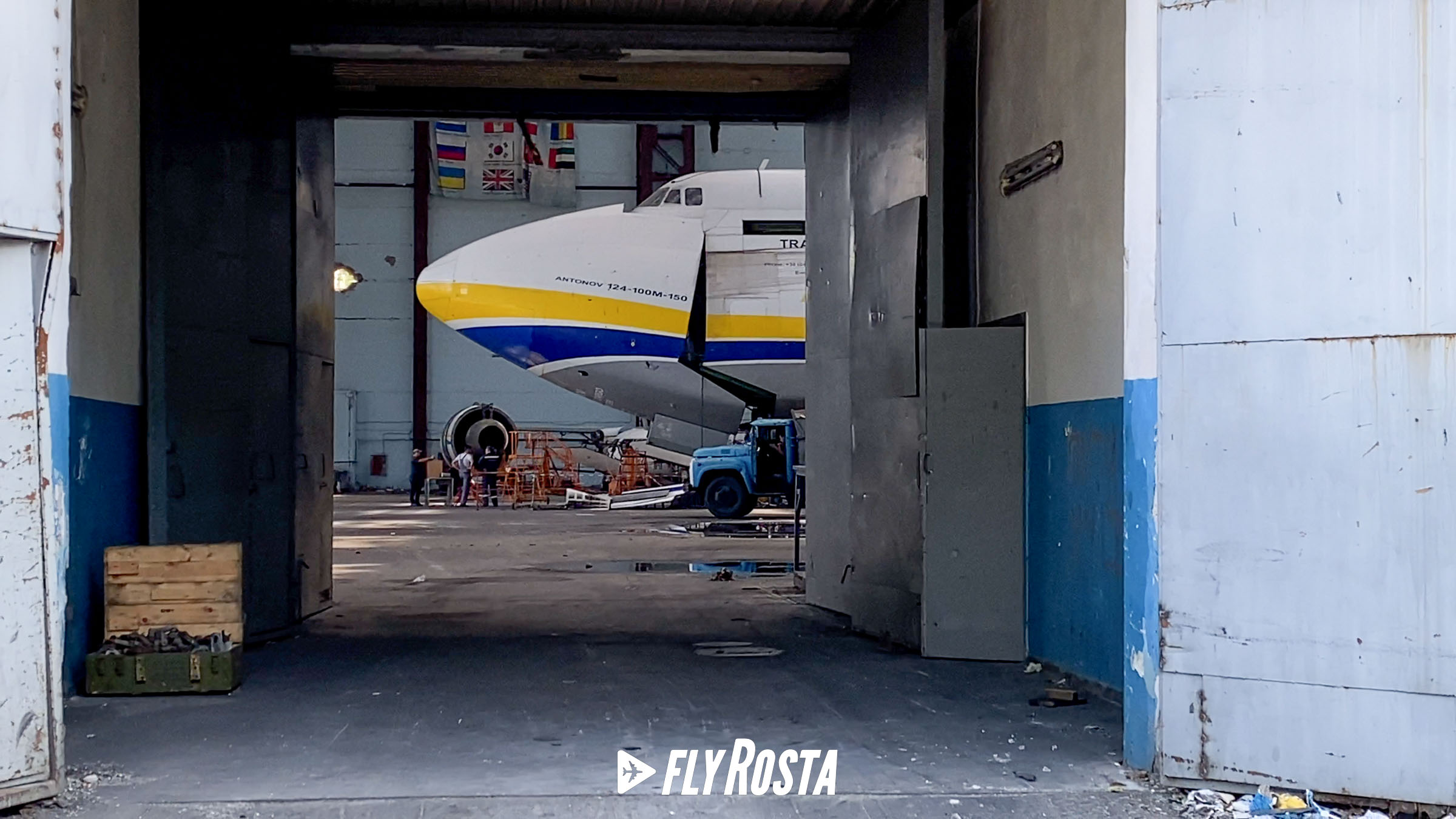 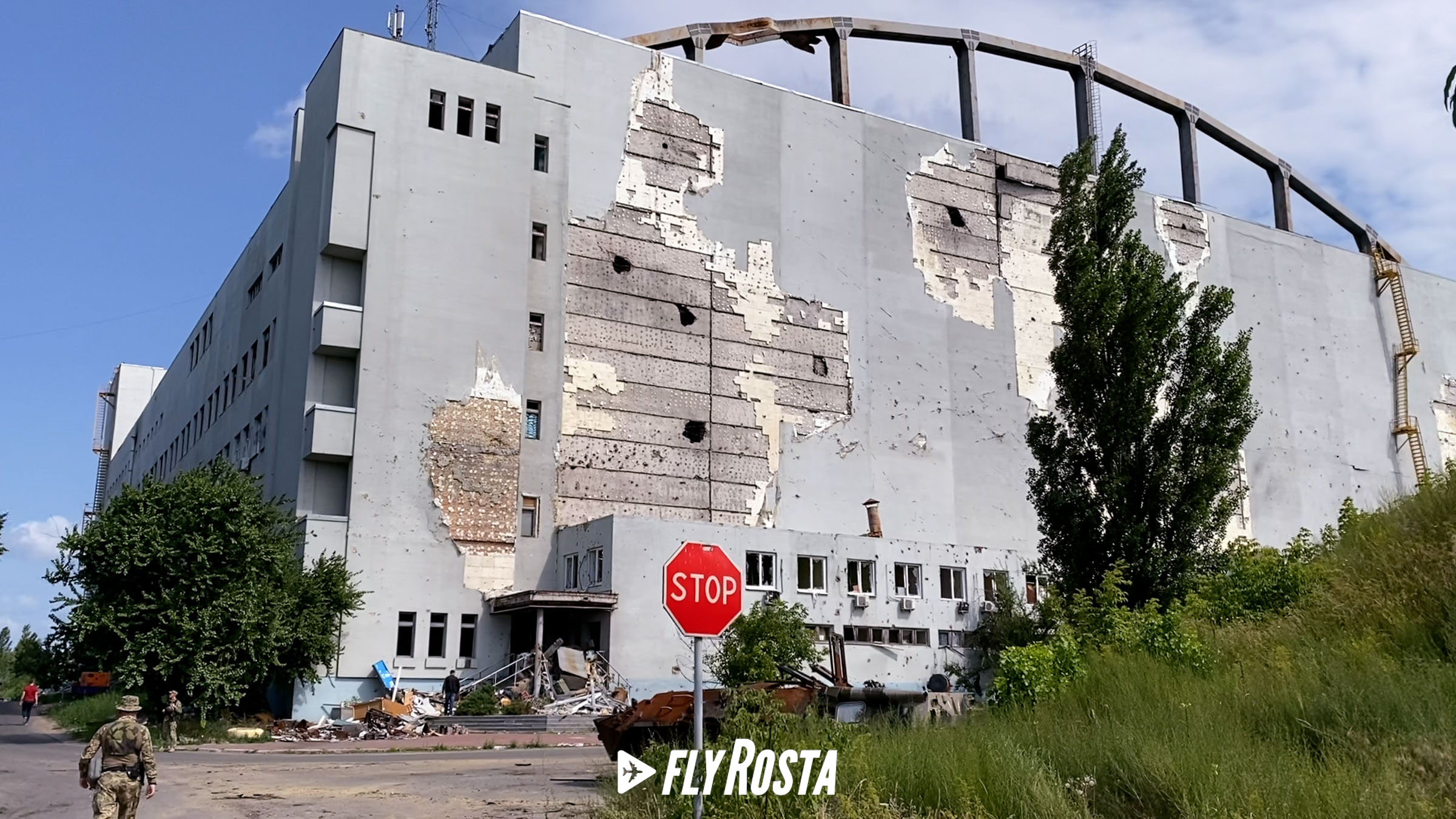 There are signs of heavy fighting in the hangar building 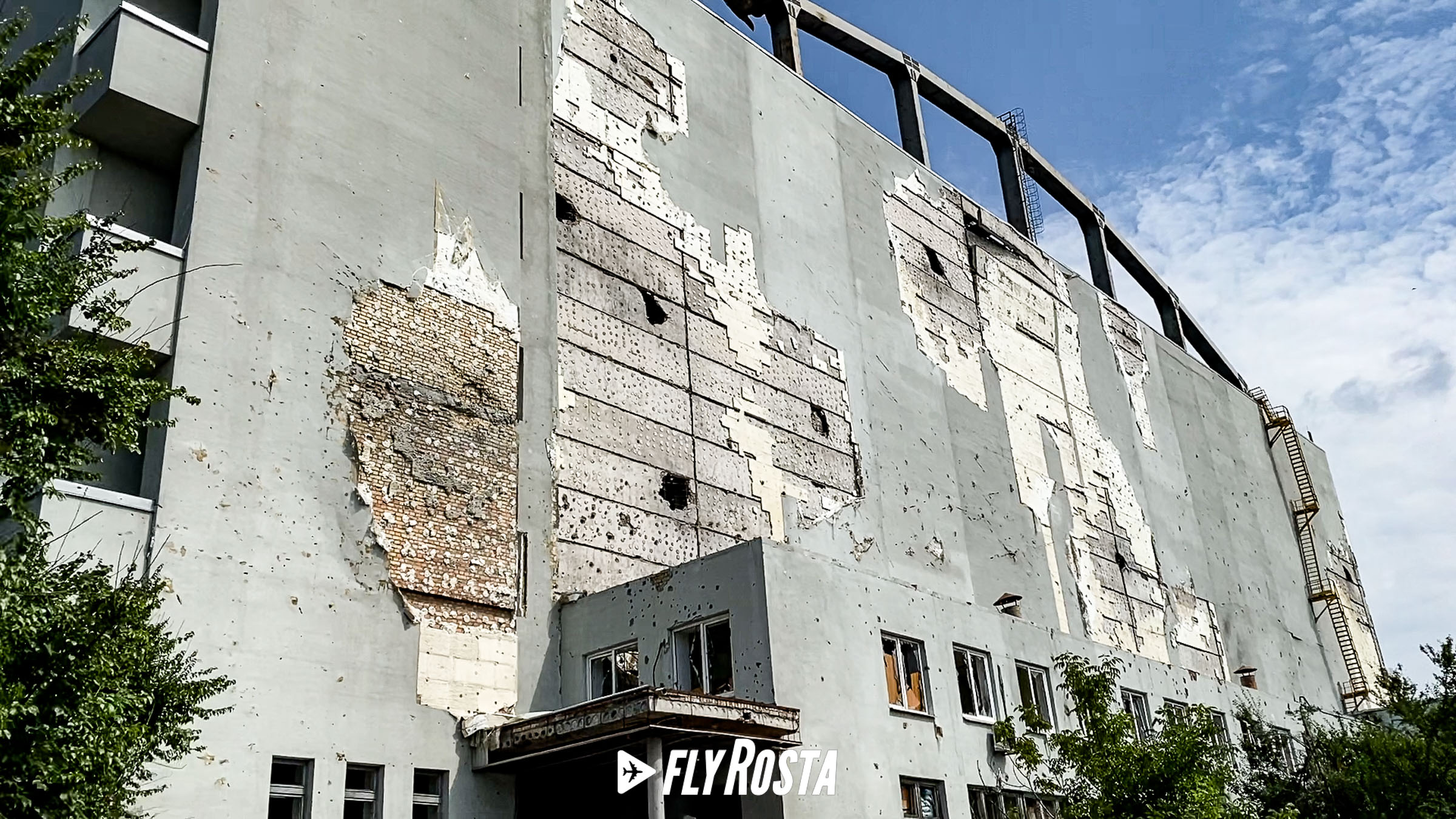 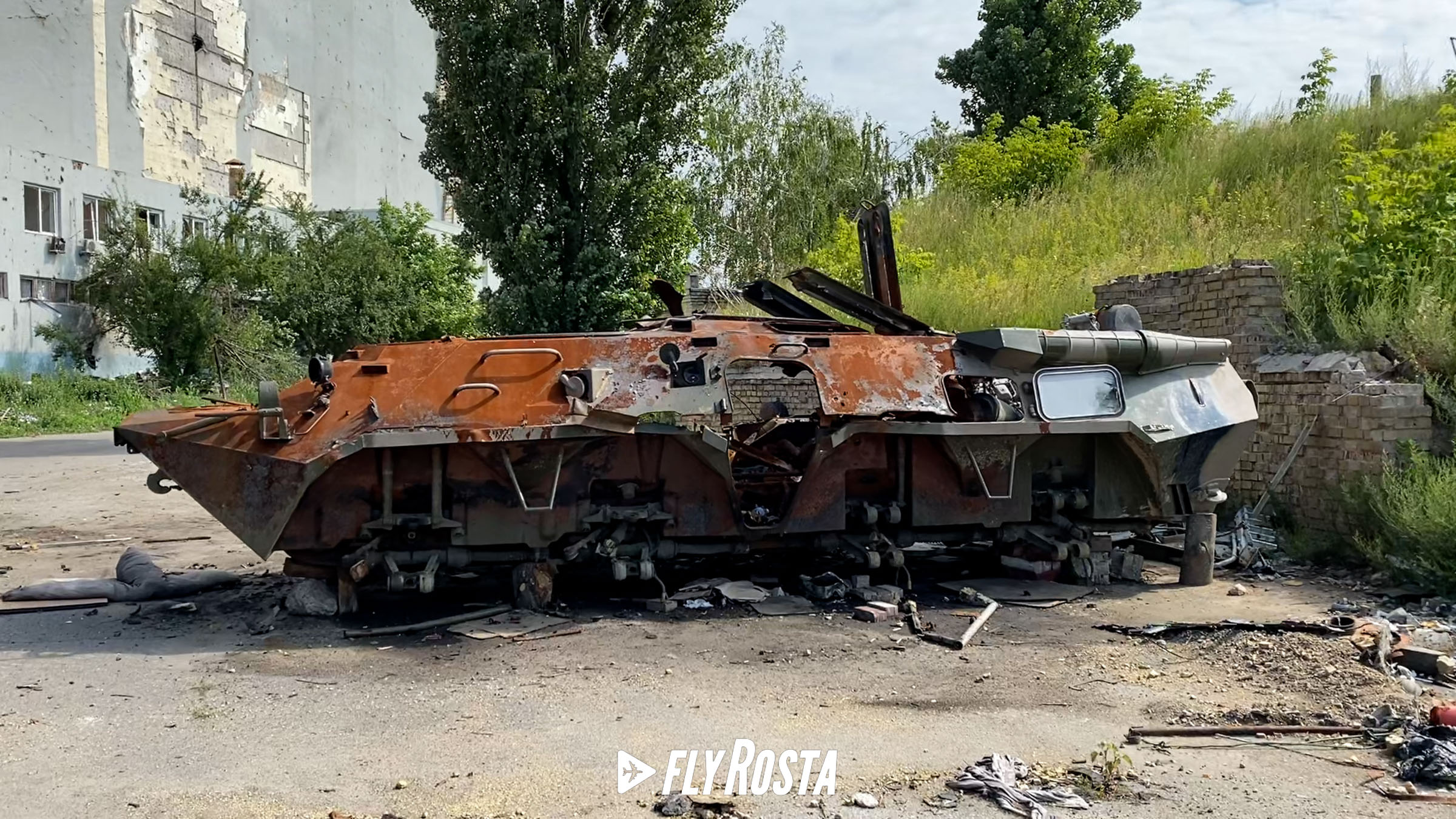 The wreckage of heavy military combat vehicles is all over the airport. 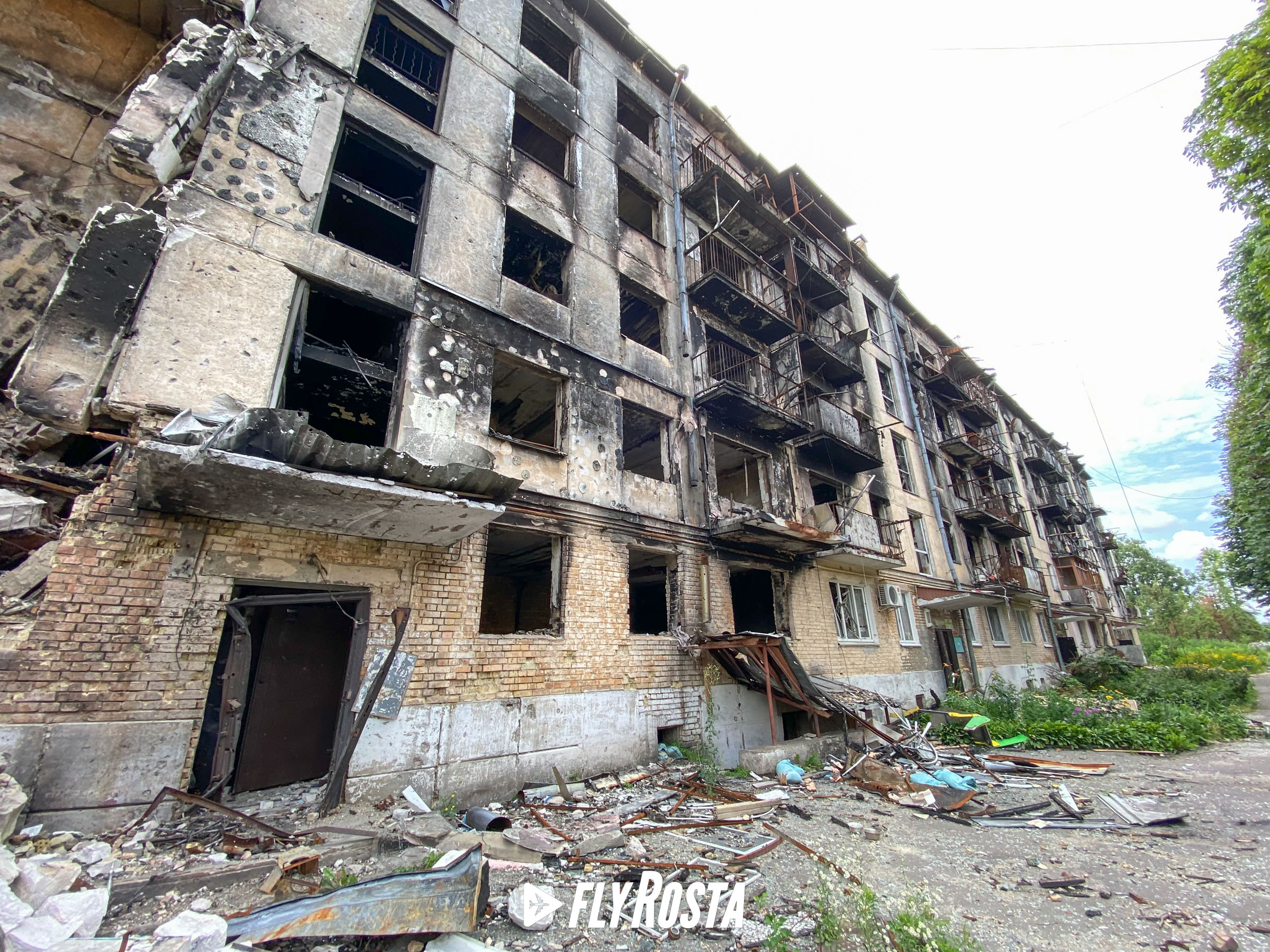 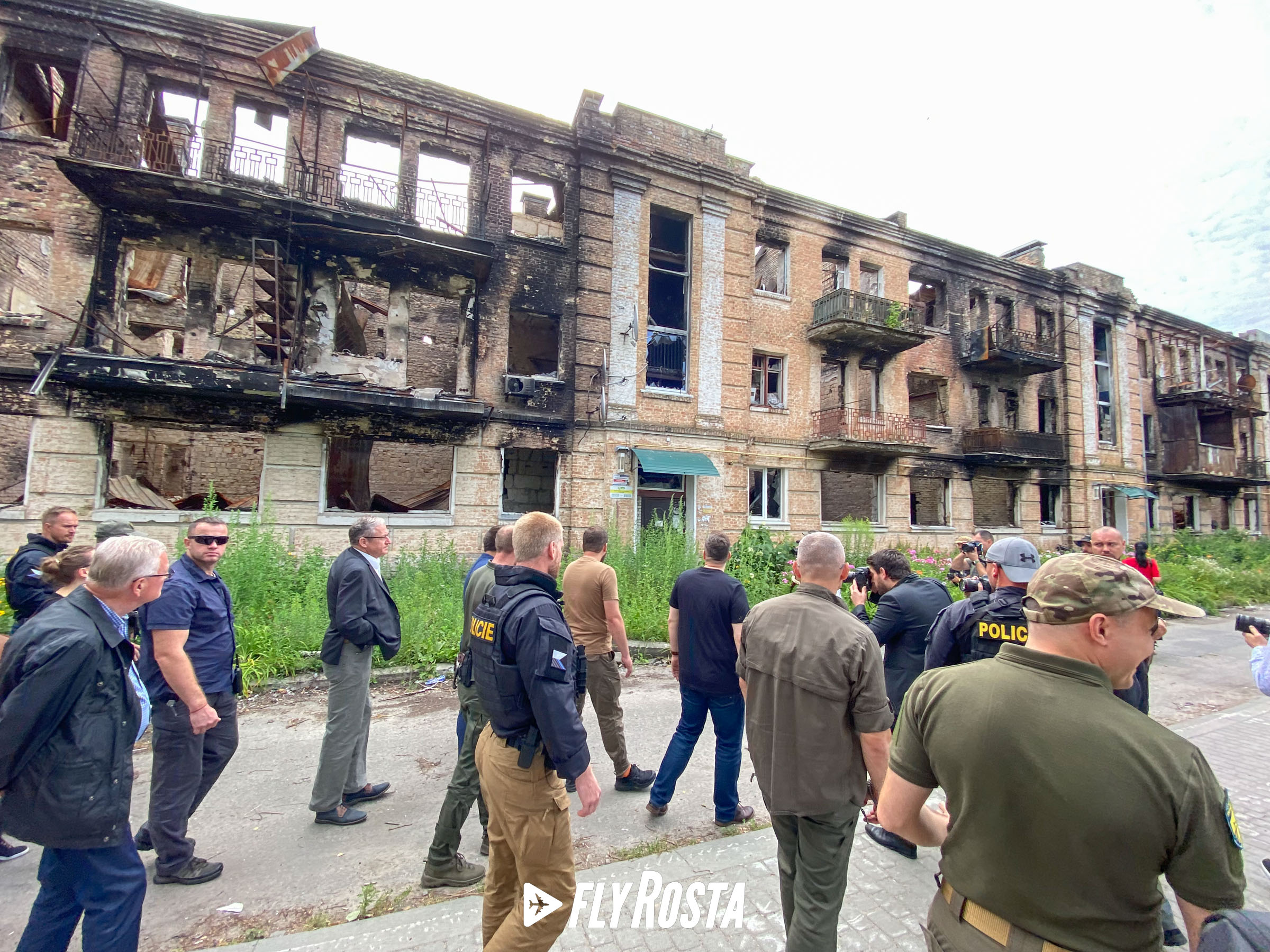 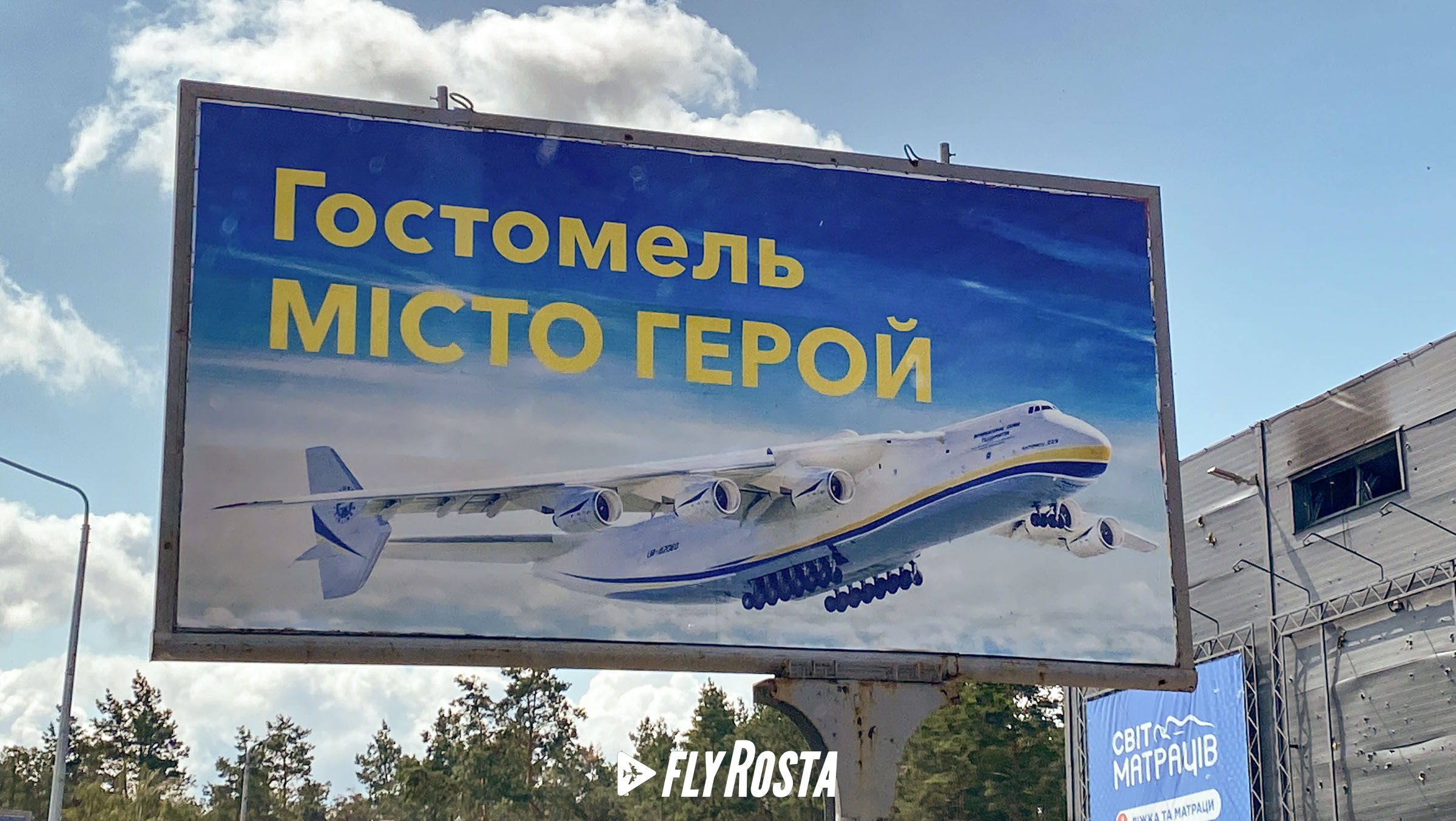 Billboards by the road “Hostomel – City of Heroes”